Refinement of Consciousness Through Navratri Sadhana 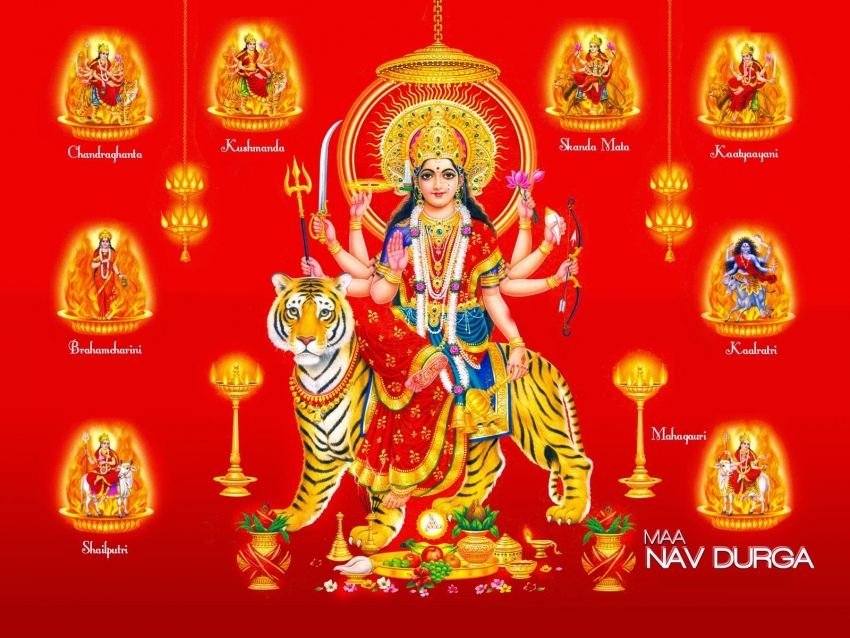 Navratri is a festival to worship Shakti (power, strength) and acquire it through spiritual practices or sadhana. This year this festival commences on 6th April, 2019 and concludes on 14th April, 2019. The nine nights in this sacred period bestow special energies and so are called as Navratri. Historic significance is attached with these nine days as our scriptures have described a large number of divine events that unfolded in this period.

Navratri is a festival of sadhana. Param Pujya Gurudev has stated two specific facts about sadhana: (i) sadhana leads to attainment of extraordinary powers, and (ii) sadhana cleanses the inner self. Sadhana is an ascetic practice which is performed in a number of different ways, but each of its form has the same goal – to attain purity and refinement. The more one purifies and refines oneself, the faster he moves towards attainment of divine powers and inner-fulfilment. But on the other hand, if someone takes up sadhana to attain powers without adequate efforts to refine oneself, then the impurities in his mind and character cause great harm and lead him to destruction.

Pure milk, when put into an unclean, dirty utensil also becomes dirty, and unfit for drinking. Similarly, if an unworthy, undeserving person attains divine powers, he doesn’t utilize them for any good purpose. He misuses them and then these powers, in place of benefiting him, cause him great harm and lead him to destruction. So, in spiritual domain, efforts should be directed primarily towards self-refinement. As the level of refinement of the aspirant reaches higher and higher dimensions, the divine powers associated with these dimensions naturally come to him. For this very reason, before daily worship purification rituals are done so that our mind, speech and inner self get refined, and we become deserving and worthy of retaining the power and energy received.

We have accessed many domains of energies through technology, but we are not able to put them to good use because of lack of refined thinking. There is much pollution inside ourselves, which emerges out in the form of various kinds of mental and physical ailments. Likewise, at a larger scale, this inner pollution has also contributed to pollution of Mother Nature. Our thoughts and emotions are manifested in our actions. Thus in order to control outer pollution, apart from many approaches (that are being adopted to control it) we should put in efforts to control the pollution of thoughts. And the only way to remove pollution and purify thoughts is by performing sadhana. A perfect time to take quick steps in sadhana is during Navratri.

The period of Navratri falls four times in a year–Two direct Navaratri periods during the lunar months of Ashvin and Chaitra and two indirect during the months of Ashadh and Magh. During all these Navratris significant changes take place in Nature as seasons gradually change over sequentially from summer to rainy, to autumn, to cold, to winter and then to spring. These changing seasons affect our bodies too. To be able to bear these changes and adapt the body for the new season we need to make changes in our food habits and life style, and practice abstinence. The training and discipline needed is received through the spiritual practices prescribed during Navratri.

Exponents of our culture have associated all our festivals with some form of spiritual sadhana so that we can make ourselves capable of soaking in special flows of cosmic energy during these festive periods, cleanse ourselves of all the dirt and impurities, and make our body, mind, and soul strong, pure and proficient.

During Navratri primordial power of Supreme Soul is worshipped in the form of nine Goddesses. These are – (i) Shailputri, (ii) Brahmacharini, (iii) Chandraghanta, (iv) Kushmanda, (v) Skandmata, (vi) Katyayini, (vii) Kalratri, (viii) Mahagauri and (ix) Siddhidatri. These nine forms of the primordial power are also nine dimensions of consciousness, which a spiritual aspirant begins to access as he undergoes the cleansing process of the inner self. The focal points of these nine forms of power lie within the subtle body in the forms of chakras which get awakened during spiritual sadhana.

In the first dimension of consciousness, the mind of the spiritual aspirant gets seated in the muladhara chakra. Sadhana primarily starts from this dimension. Shailputri is regarded as the mother Goddess (presiding deity) of this dimension. Shailputri stands for the power which emerges by breaking free from inertia. By performing sadhana in this dimension, a seeker’s mind gets awakened as its inertia gets quelled. The mind becomes honest, non-deceitful and earns victory over enemies of worldly desires, anger etc.

In the second dimension of consciousness, a seeker’s mind gets rooted in svadhishthan chakra. The presiding deity of this dimension is known as Brahmacharini. Brahma stands for the all-pervading, ultimate element of existence and charini stands for one who stays within. This means Mother Brahmacharini is the one who is completely engrossed in the ultimate element and performs penance with diligence. Mind fixated in this dimension gets entrenched into penance and begins to receive grace of the Supreme Soul.

In the third dimension of consciousness, the seeker’s mind gets rooted into the Manipur chakra. The presiding deity of this dimension is Chandraghanta. By Mother Chandraghanta’s grace, sound came into being for the first time during the creation of universe. By performing sadhana in this dimension, the seeker begins to hear divine sounds and then gets entranced into supreme bliss.

In the fourth dimension of consciousness, it is the anahata chakra in which the seeker’s mind gets seated. Kushmanda is the Mother Goddess of this dimension. When this universe did not exist and darkness pervaded everywhere, then this Goddess through ‘Ishat’ laughter created the cosmos and received the name Kushmanda. Entering Her realm, the seeker attains divine cosmic powers.

In the fifth dimension of consciousness the seeker’s mind gets seated in the vishuddhi chakra. The presiding deity here is known as Skandmata. She is the Mother of God Skand or Kumar Kartikeya. In this dimension all the desires of a seeker get fulfilled.

In the sixth dimension of consciousness, the seeker’s mind gets established in the agya chakra. Mother Katyayini is the presiding deity of this dimension. In the lineage of Maharshi Katya (Katya Gotra) who was son of Maharshi Kat, was born as Maharshi Katyayan. He undertook great penance and pleaded Universal Mother to be born to him as his daughter. It is said that when Mahishasur began to wreak havoc, then by combined grace of Lords Brahma, Vishnu and Mahesh, Mother Katyayini took birth as the daughter of Maharshi Katyayan. In this dimension, seeker’s mind gets filled with energy and is able to terminate all its inner distortions.

In the seventh dimension, whose Mother Goddess is Kalratri, seeker’s mind gets seated in sahastrar chakra. The exterior form of Mother Kalratri is extremely fearsome, but She always bestows grace and benevolence. In this dimension seeker’s mind suppresses all the distortions of mind.

By entering the eighth dimension of consciousness, seeker’s mind gets rid of all its defects and receives grace of Mother Mahagauri, who has a fair skin tone. When all distortions of mind are got rid of, the inner being of a seeker also becomes clean and refined, and attains worthiness of receiving divine grace.